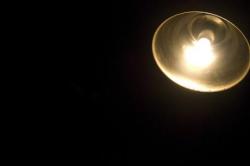 This is mainly a dialogue driven exercise, let me know what you think.

‘You, used to be a gutless witless moron. And still are to this very day. I remember you from school Mackie, like you remember me. And as cliched as it may be, you were bullied at school – classic police material. The inferiority complex, the overly strict conservative parenting…but a nice wage. Sometimes being boring pays.’

An overweight Inspector Livingstone looked across at his younger, fresher colleague, silently questioning why the hell Detective Mackie hadn’t shut their prime suspect up.

‘What tools did you use as a butcher?’ said Mackie through his unshaven face.

‘Getting back on track? I see. Well, the sort that all butchers use – sharp objects mostly. I would have thought you’d know. That suggests a complete lack of background research, which tells me, you two numpties have rushed me in here hoping for some quick fix. You’ll find no sugar here, no easy vein.’

‘We have reason to believe a cleaver was used on the victims. How proficient would you say you are in using one Mr. Garvie?’

‘Hmm. I’ve cut my own hand several times. Does that help?’ A scarred hand slid across the cold metallic interview table. White scar tissue covered every finger and the back of the hand.

‘Don’t be facetious.’ Livingstone chimed in. ‘Does it take skill? Or could anybody use one, err, effectively.’

‘Save the nine letter words for Scrabble with the missus, assuming someone has been daft enough to marry you. Sigh. A cleaver is not a precision tool. You use it to hack up body parts – I mean, meat.’ A sly smile spread across the suspect’s broad face and he glanced from cop to cop enticing them to rise to the bait like ravenous pike.

A brief pause as the Detective and Inspector shared a look and audible sighs. Mackie shuffled through some notes and continued the recorded conversation.

‘How many cleavers do you own Mr. Garvie?’

‘Well as I’m no longer a butcher, none.’ Garvie looked appalled at the line of questioning.

‘Not even for cooking?’

Puzzled looks were exchanged between dumb and dumberer. Quite clearly it was becoming evident they knew roughly the sum of fuck all.

They tried to recover.

‘Yes, your wife, is she usually at home or does she have a job?’ queried Mackie with his best stern-fuzz look.

‘She works as a secretary. For the police headquarters in Edinburgh.’

‘Is she part time or full time?’ asked Livingstone not wanting to be the quiet bystander.

‘Full time, but from some of the stories she tells me, technically it’s probably part time.’

‘Enough of the shite!’ growled Mackie, showing a surprising turn. ‘Can you confirm your whereabouts on Monday the 12th of May this year?’

‘Aye. I was taking part in my police training at Tulliallan..’ He relished seeing the penny drop, almost visibly in Mackie, then his partner was eventually shocked out of whatever pathetic daydream he had managed to conjure up.

Chairs scraped. ‘Give us a minute Mr. Garvie.’ Mackie nodded towards the door and they sheepishly departed.

A minute? They’d need an hour. At least.

6 thoughts on “Interview with a psychopath”