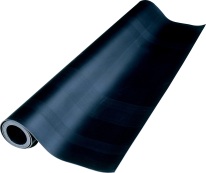 IF YOU COLLECT vinyl or are old enough to simply have vinyl, you’ll probably agree that the sound of a record is different from that on a tape, CD or digital file like MP3 or wav. Digital music lacks richness, something only analogue can deliver which I guess explains why many music listeners still stick to the record player. It isn’t even about the sound system you have. A record that isn’t scratched will sound fuller and more pleasant on the ears regardless of device it is played on compared to digital.

What happened to the sound? Modern mass produced music all sounds the same – and there’s a reason for this. The production methods used by producers and the labels result in a loss of range in the music piece once it is finalised and fully edited.

Due to the format, vinyl has a greater range in volumes from the lowest to the highest in relation to each section of the song. New tracks however have a much narrower range and are compressed so that the overall sound of the track doesn’t deviate much from given parameters meaning you hear less rises and falls in tone and pitch. As a result the sound is cleaner and more polished but sacrifices variance of sound so that regardless of genre, mass produced music will sound the same sharing a similar audioscape. On LPs individual pieces of music are more distinct so you can make out the instruments more easily for example.
Radio has something to answer for as well, because from an audio perspective it is beneficial if all broadcasted tracks have the same master volume, meaning when you are tuned in you don’t need to adjust your dial due to differences in sound from play to play.

‘Hygienic’ production also leads to you being hugely disappointed at the live version of some bands having heard an album that had pristine vocals and instrumentals. Production can make anyone sound good – well – autotune will never sound good but you catch my drift. Plus, there isn’t the same excitement of rifling through the CD’s in a charity shop as there is with vinyl, stuff that has been around long before I was even born like Frank Sinatra’s stuff from the sixties.

3 thoughts on “Why Vinyl Sounds Better Than Digital”