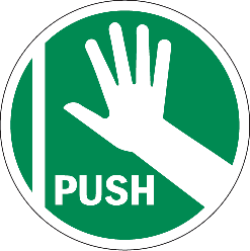 ...I’M A MAN, and I have babies.
Really, I’m serious. Why are you laughing? I’ve been pregnant since December.

Gestation period four months, subject to variation. Premature? No. It cannot see or hear. It’s healthy, no major defects as yet discovered. This might impress you: I delivered it myself. How’s that for independence and self sufficiency? No sign of surgeons, doctors or nurses. With my own two hands it came into this world, weighing in at…actually, I forgot to weigh it. But it looks beautiful; it gets its black and white from me, being 100% genetically related.

My baby won’t need shoes or clothing. Never will it grow old. And right about now is when you’ll acuse me of being a terrible evil parent: I gave it away. Some here, some there, hoping that those who read it will think it’s beautiful too.
Thank goodness the fourth edit is over, and now my baby rests in the lap(top) of the gods, but I call them friends, that’s beta readers to you!