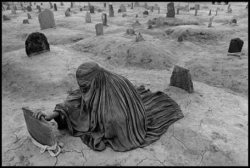 I wrote this several years ago.

Join the army? You must be barmy!

Is my head as hollow as a shell from your gun, a calami?

Why would I voluntarily, put myself in a place where bullets can harm me?

Yet thousands sign, barely ledgible, calmly, for camouflage and guns

But I see them for what they are; misled daughters and sons.

Once the slaughter has begun, maybe then, they’ll see their mistake,

With vermillion Afghani civillians killed in their wake.

And some will die as mums’ll cry, as the blood spills from their fate

No politician would want to take part, let alone send their kin

Yet they’ll gladly expend naive people, and send them in.

When the blood’s shed and the landscape is blood red

Fighting for democracy under the imperial flag,

A legacy of ‘Killed in Action’ in a government folder.

There are no heroes of invasions, please stop giving out medals

For every soldier killed, a thousand civillians are murdered in the wars,

in which the U.S and Britain meddles.

Now that’s both sad and bad; troops aren’t you glad?

You gave them a life they never had

One without parents or a family.

But there’s nothing more heroic than a dead soldier is there?